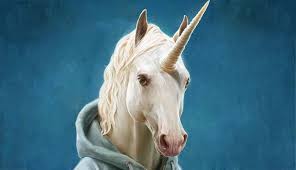 According to a recent interview conducted by Simon London of McKinsey Publishing with two McKinsey partners, one from San Francisco (Kara Sprague) and the other based in Hong Kong (David Cogman), more and more companies at relatively high valuations are staying private and no longer racing to list their shares on public markets to finance their growth, due to a massive increase in the availability of later stage venture capital.
The first such unicorn valued over $1 Billion did not appear until 2009, but the latest count suggests 164 private companies, largely in the USA and China, valued over $1 Billion, and some decacorns valued over $10 Billion. A bit over a third of these unicorns are based in China, but unlike in the USA where you find them in more diverse industries, in China they are largely in the re-seller business models such as social-media and e-commerce. The unicorns in the USA are also arguably more ‘real tech’ in comparison. In terms of valuation while the tech-sector is more reasonably valued in the USA and other parts of the world, the valuations are extremely aggressive in China.
The unicorn effect appears to have become possible largely due to the entry of an order of magnitude more capital from outside the traditional venture capital industry, such as pension funds, limited-partner funds etc. While the number of the aforementioned unicorns are unprecedented, it is expected that most will eventually die off unless they IPO. If history is any indication, the majority of these unicorns will not make it in some form; they will have to get acquired or fold.
To see the complete discussion on this topic (and related McKinsey pod-cast), including some lessons from the past on the balance between growth and profitability, the connection of one’s growth rate and probability of reaching a Billion Dollar valuation, and if the prevailing conditions in terms of availability of capital can lead to 1000 unicorns over the next few years, go to http://goo.gl/OWQ3uN